The Chicago-based credit reporting agency TransUnion says that while mortgage delinquency rates continued to rise in the second quarter of the year, the pace is slowing from its seemingly break-neck speed in months prior.

According to a report released by the company Monday, the number of borrowers 60 or more days past due on their mortgage increased for the tenth straight quarter in Q2, hitting an all-time national average high of 5.81 percent.

Traditionally seen as a precursor to foreclosures, this statistic is up 11.3 percent from the previous quarter’s 5.22 percent average. But for comparison purposes, from the fourth quarter 2008 to first quarter 2009, delinquencies jumped nearly 16 percent. TransUnion says its data indicates a continuing deceleration in mortgage delinquencies.

The company reported borrower delinquency rates were highest in Nevada (13.8 percent) and Florida (12.3 percent). North Dakota (1.5 percent), South Dakota (2.1 percent), and Alaska (2.4 percent) boasted the lowest rate of homeowners behind on their payments.

The three areas showing the greatest percentage growth in delinquency from the previous quarter were Wyoming (+27.8 percent), Utah (+22.2 percent), and Hawaii (+21.7 percent). However, there were some bright spots: North Dakota and Ohio both showed a decline in mortgage delinquency rates, down 0.66 percent and 0.22 percent, respectively.

TransUnion’s forecasts now indicate the 2009 mortgage delinquency rates reaching less than 7 percent by year end. However, due to a continued downward trend in housing prices throughout the year, as well as high unemployment levels, the company says it does not see national delinquency rates beginning to fall until the first half of 2010.

With regard to TransUnion’s regional forecasts, Nevada has now eclipsed Florida as the state expected to experience the highest mortgage delinquency rate by the end of 2009, reaching as high as 16 percent. North Dakota is expected to continue to exhibit the lowest mortgage delinquency rate by year-end (1.4 percent), with forecasts now beginning to show a downward trend.

"Ben Leeson is an expert in helping people buy, build and sell homes as he and his helpful staff are very knowledgeable about the whole process. Ben has... continued"
- Robert & Phyllis C.
View All 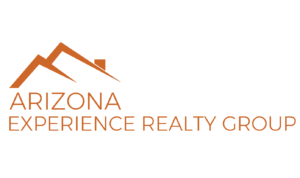